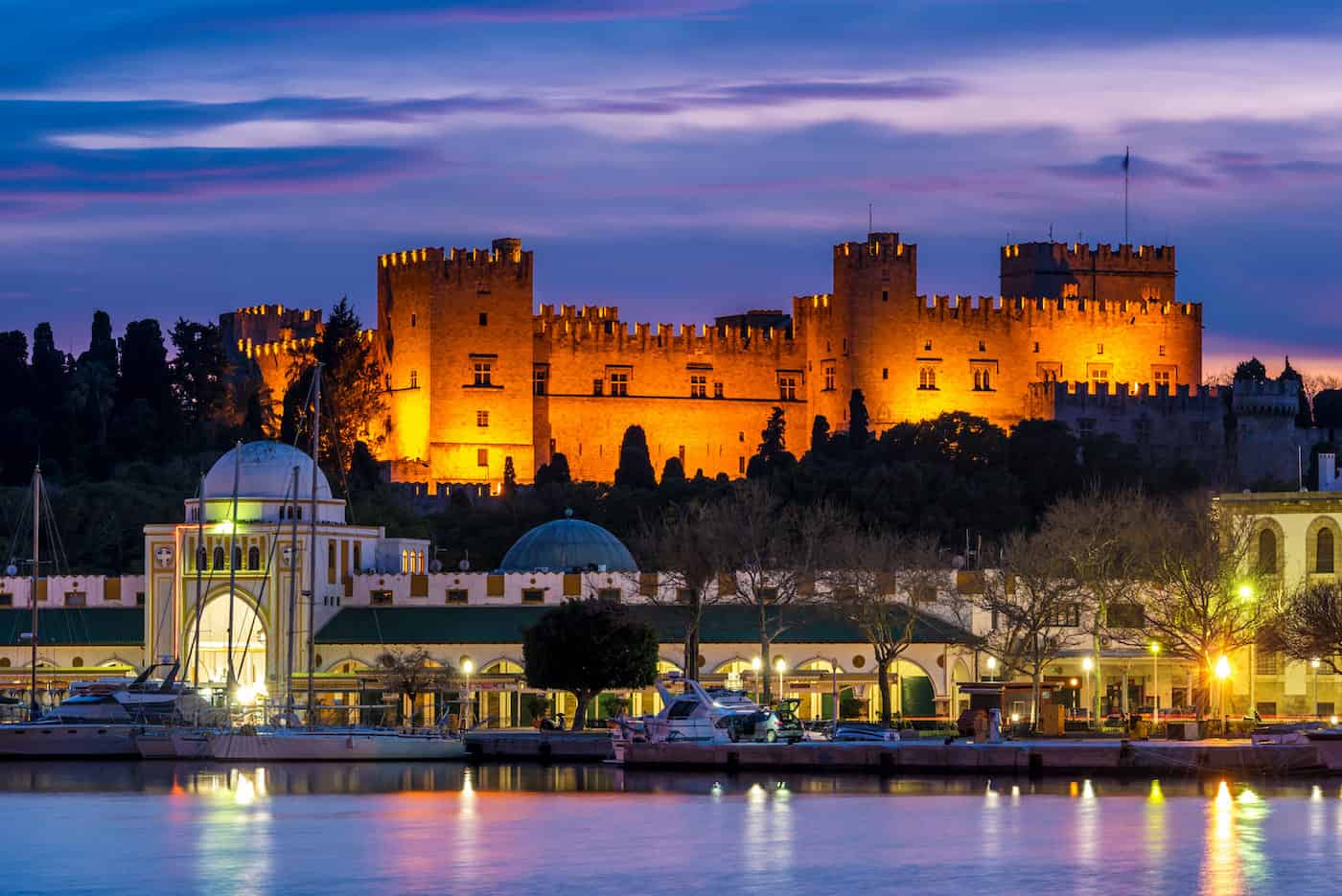 Greece is home to a number of beautiful islands. Surrounded by large oceans and old structures, the city is definitely one that you will fall in love with. Located Northeast of the famous Crete, this city is nicknamed the island of the Knights. It is also located Southeast of Athens.

The nickname the city earned was after the famous Knights of Saint John of Jerusalem that had conquered the island. This island is one of the largest islands in Greece and has a strong place in terms of the city’s history.

The island is a municipality of its own, and has strong administrative benefits within the South Aegean region. The city does not have that many inhabitants, with just fewer than 100,000 people living within the city. This peaceful city is one of the most prominent cities in Greece and plays a strong role in the history of the country. The city is famous for the Colossus of Rhodes, and is even one of the 7 wonders of the ancient world. This beautiful city has long been declared a World Heritage Site and is one of the most popular destinations for tourists across Europe.

This island is particularly famous within Greece. Shaped like a spearhead, the city is rich in a lot of minerals. The city is rich in Limestone and hosts the city of Rhodes at the tip of the island. The island has a number of small villages and resorts around, which include a number of famous villages like Lindos, Ixia and Trianta.

The island also has rich mineral spring water, which is often used to give medicinal baths to people that visit the spas for treatment. The inhabitants of this beautiful island are welcoming and very accommodating. It is also located at the southern shore of its neighboring country, Turkey. This largely mountainous island does not have so many inhabitants, and is filled with a lot of dense forests. Its shores are also rocky and the island has a lot of fruits, grapes and vegetables. This also forms a sizeable amount of the island’s exports apart from its minerals.

In terms of animals, the island of Rhodes is home to a lot of unique creatures. This includes the fallow deer, which is peculiar to this island. However, the deer has largely been considered to be endangered species, so it has been subject to a lot of protection in recent times.

The island is the perfect place for tourists, and its quiet and beautiful scenery gives everyone a blissful and peaceful feeling. The island also has a number of Tiger moths during the summer, and these are often located within the mountains. Particularly Mount Attavyros is the highest mountain within the island, and has a large number of these tiger moths. The island also experiences some earthquakes occasionally.

A popular historical earthquake was that of 226BC that destroyed the Colossus of Rhodes. It has also experienced a number of devastating earthquakes since that time. In terms of climate, the island has a peculiarly hot summer climate that emanates from the Mediterranean.

Inhabited during the Neolithic periods, this beautiful island is a large reservoir of Greek culture. Its sands tell a tale of an ancient city that has experienced periods of peace and turmoil. It has also inhabited the Minoans, and the city also plays a very important role in terms of Greek Mythology.

The city was invaded in the 15th century by the Mycenaean Greeks and after the collapse of the Bronze Age, it has strong ties with Cyprus. The island has also been invaded by Persians, and has been conquered by a large number of kings between different ages in Greek times. The Hellenistic Age saw Greece grow in strength under the rule of Alexander the Great. After the death of Alexander the Great, the city was divided among the existing kings and was a always a subject of scramble within the Greek hierarchy.

The Colussus of Rhodes is one of the city’s main tourist attractions and is considered one of the Seven Wonders of the Ancient world. The statue once used to be at the harbor, but was completely destroyed in an earthquake in 224BC. There remain no evidence of the statue till date. The city also had a number of famous temples, and has experienced a number of religious till date. However, the predominant religion is the Greek Orthodox. There is a large catholic presence on the island that is mainly dominated by Latins.

In terms of government, the city is under a municipality that was formed in 2011, after a merger of 10 different municipalities. It also has 43 different towns and villages, with a rather small population of fewer than 100,000. The island generates most of its revenue from tourist visitation and also a host of services. Tourism in Rhodes is particularly successful when compared with the rest of Greece. Apart from this, the island also engages in winery, fishing and other agricultural goods.

This unique city is very famous in terms of tourism and is a must-see for anyone who is visiting the country. Surrounded by blue oceans, the island truly is a sight to behold. Rich in Greek culture, the island of Rhodes has experienced its fair share of turmoil, but in recent times has returned to peace. Rich in agriculture and fauna, the prosperous island is very stable economically.

Scroll back to top